Kept at a proper distance, bats can be excellent neighbors — the sorts that emerge from their slumber each evening to act as a natural mosquito repellent, even. But there’s a difference between having bats near your house and having bats in your house. Over time, a colony of bats in the attic will produce droppings that can cause structural damage and smell bad, and may lead to the growth of a fungus that causes respiratory problems. 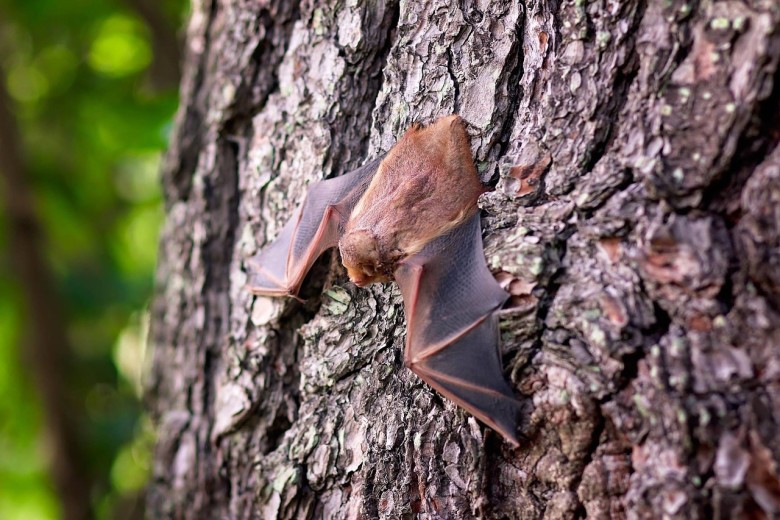 Getting bats out of your attic isn’t easy work, especially for beginners. If you need bats removed, hiring a professional like Bob Noviello of Windham, New Hampshire, might be a good idea. Noviello runs Suburban Wildlife Control and has specialized in animal removal for decades. Learn how to get rid of bats using a few of his tips, then decide if getting bats out of your home is a job you want to tackle yourself or hand off to a pro.

HOW TO GET RID OF BATS IN THE ATTIC

There are hundreds of types of bats in the world, but if you live in New England and you’ve got bats in your attic, they are almost certainly brown bats. Little brown bats (Myotis lucifugus) have a wingspan of approximately 8 inches and weigh less than half an ounce. Big brown bats (Eptesicus fuscus) can grow to be twice the size of little brown bats. Males typically roost individually, but female brown bats of both sizes form colonies in attics or barns when they are preparing to give birth (typically in June). Once the young have been born, little brown bats leave the buildings behind, preferring to hibernate in caves during the winter. Big brown bats, however, often hibernate right in homes — so if you’ve got winter houseguests, they’re probably of the big brown variety.

Bats commonly are drawn to attics and chimneys. Like raccoons, squirrels, and other potential home invaders, bats have the ability to detect minute changes in air pressure to find entryways to your home. Once inside, they will find their way into the walls or other confined spaces. They prefer high temperatures, which means the heat of an attic is pretty ideal. Bats sleep in roosts during the day, and emerge at dusk.

There are no effective bat repellents on the market, although there are plenty of companies willing to sell you one. Sprays, animal urines, noisemakers, and lights sometimes work as temporary deterrents, but there are no easy fixes when it comes to bat removal.

First, you must determine how and where the bats are entering and exiting your house. Since this is likely happening in the upper areas of your home, you’ll probably need a ladder. Bats can gain entry to your home through surprisingly small holes. You may see them entering and exiting — but you don’t necessarily have to see them to know that they are there. You may hear squeaks or the sounds of movement in the walls, or you may see urine stains or droppings on the exterior wall of your house (most likely below one of those little holes). If droppings have accumulated above, you may find a foul-smelling stain has formed on the ceiling. 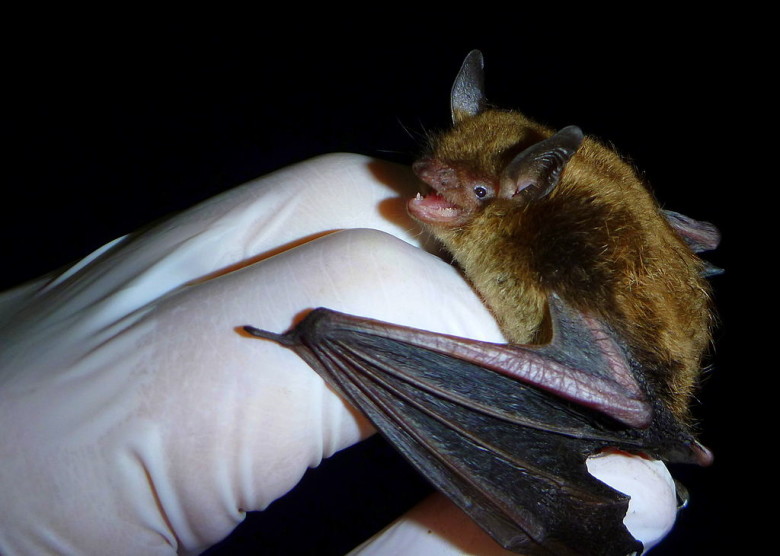 The ABCs of Bat Removal

Bat removal is simple in principle but can be challenging to execute. The goal is to get the bats out and not allow them back in. Botched attempts can result in dead bats in the walls or attic, or live bats invading the living spaces of a home. Therefore, timing is important. March, April, and May are generally the best months for bat removal. To gradually exclude bats from your home, start by closing off every entry point you have found, except for what seems to be the primary entrance. Entry points can be sealed off with caulk, screens, or other sealants. Then install an excluder, or a one-way door, over the remaining hole. This door will allow bats to leave, but not to get back in.

Watch for bats leaving your home each evening. If the alternative entry points have all been closed and the one-way door is effective, all of the bats should be out in three or four nights. If traffic continues beyond that point, you probably missed an entry point somewhere. Seal that entry and repeat the process.

When you no longer see bats exiting the house, seal up the last hole. Working to keep your house weathertight and energy efficient is the best way to prevent bat problems. Cracks, separations, rotted eaves, rusted ventilation screens, and other openings should be repaired as soon as they are noticed.

Chimneys are another common avenue of entrance. Bats and many other animals, including flying squirrels, gray squirrels, starlings, screech owls, wood ducks, and raccoons, frequently enter houses through the chimney. This can be prevented by covering the chimney top with a commercially available chimney cap. If you strive for a weathertight home by using insulation in the attic and caulking all cracks and holes, your house will probably be both energy efficient and bat-proof.

How Often Should You Change Your Furnace Filters?

How to Winterize Your Plumbing Pipes to Prevent Damage

How to Turn a Spare Bedroom Into a Walk in Closet

How to Get Rid of Bats in the Attic

How Often Should You Change Your Furnace Filters?

How to Winterize Your Plumbing Pipes to Prevent Damage

How to Grow Beautiful Lily Flowers